More efficiency, less pollution at the Port of Mombasa 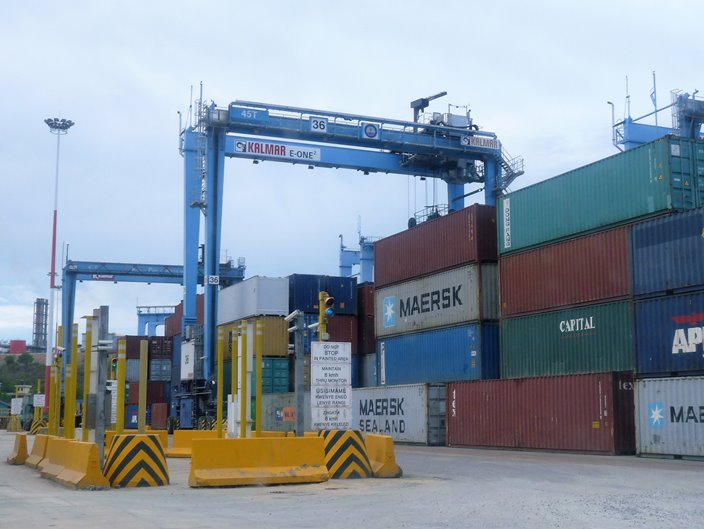 Contributing to the green program.

The Kenya Port Authority and The Port of Mombasa serve a vast area of East and Central Africa, playing an influential role in commerce and in the lives of 200 million people. It is the biggest and most important port in the area – together with the Port of Dar es Salaam, they are vital to job creation in the region. For many years, The Port needed improvement in three sectors: efficiency, sufficient capacity and a green policy. Kenya’s economy is booming, seeing close to 6 percent growth annually, which has put pressure on The Port’s capacity, particularly in container cargo handling. At the same time, the environmental state of The Port was steadily deteriorating. Now, thanks to KPA’s and TradeMark East Africa’s ongoing development of Kalmar’s hybrid RTG crane technology, the situation is definitely looking up with strides being made in higher performance in all three critical sectors.

The Kenyan government, KPA, TradeMark East Africa and international donors have started multiple projects that are tackling earlier problems at The Port of Mombasa. These include an ongoing 500 million US dollar project to upgrade berths 11–14, improve connecting roads and other logistics of the port, and to create a Mombasa Port Performance – real time database, a Fixed Berth Window, a Green Port Policy, and the construction of container terminal number two. Plans also include expanding the oil terminal which is now too small to meet capacity. KPA has also been replacing old and inefficient RTG’s with Kalmar’s high-tech E-One2 RTG’s, which are reliable, fast and more energy efficient than traditional diesel RTG’s. Kalmar E-One2 RTGs also bring down customer costs as modern hybrid crane technology reduces fuel consumption significantly compared to conventional RTGs.

“We strongly believe exports and oil exports will grow rapidly by 2020,” says Samuel Helu, from KPA and TradeMark East Africa. Helu is very pleased with the improvements in every sector, including the big progress in the Green Port Policy, for which Helu credits especially the 12 new Kalmar’s RTG’s. “Kalmar RTG cranes have been working flawlessly since delivery, and the increase in The Port’s capacity reflects just how much our operations have accelerated in the past five years,” Helu says.