14 stories in 5 regions. 4 types of solutions including 10 offerings and services. 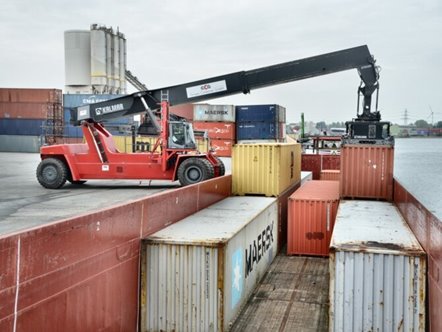 Griepe operates a terminal in Bremen with 86.000m² for storage, cleaning and loading of sea containers. To increase their capacity and efficiency, Griepe requested an efficient solution for loading and unloading containers from a barge without the time consuming job of turning the vessel.
Continue reading > 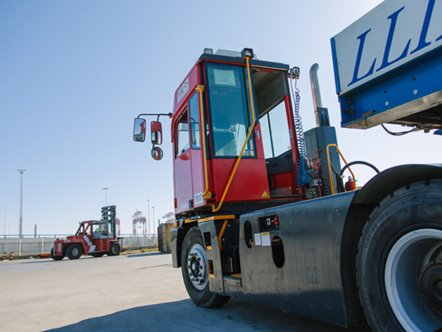 Kalmar machines are helping Heavymovement towards its objective of becoming a global role model for safety and technological innovation in the metal industry as well as facilitating the expansion of the company’s presence in Europe and Latin America.
Continue reading > 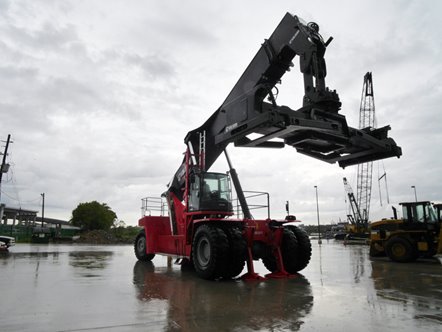 Richardson Stevedoring & Logistics was founded in 1969 as a direct discharge and storage operation at the Port of Houston. Today, it owns and operates multiple sites with a focus on stevedoring, transport and logistics across intercoastal water systems. The company has been a Kalmar client for over 10 years.
Continue reading > 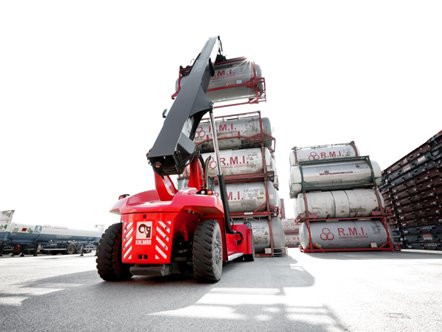 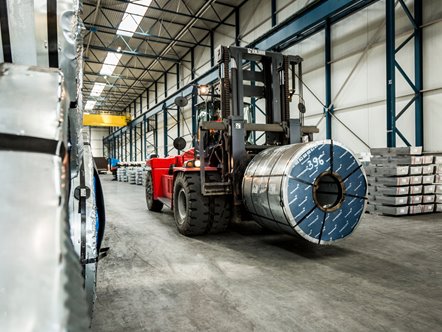 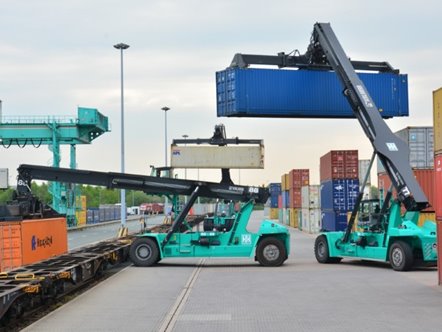 To ensure the uninterrupted loading and unloading of block trains from Germany and Italy – up to 400 containers per day – Roland Umschlag depends on a large fleet of Kalmar equipment.
Continue reading > 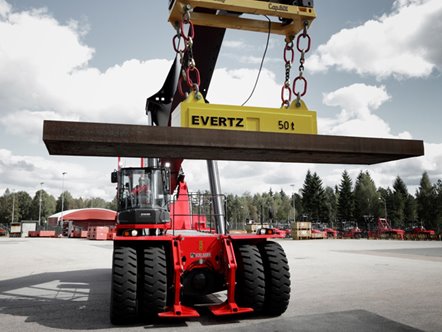 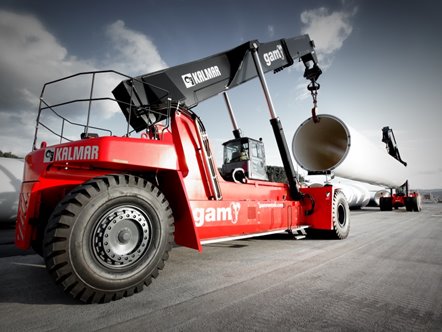 Kalmar delivered two Super Gloria reachstackers capable of lifting a record weight of 130 tonnes. The previous world lift record was set by Kalmar in Sweden in 2014, when a reachstacker lifted 103 tonnes. Tadarsa’s two Super Glorias, however, have now extended the lifting capacity further than any previous reachstacker built for industrial application.
Continue reading > 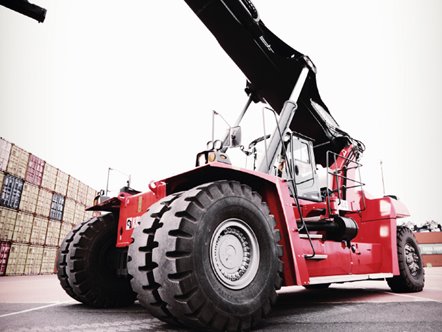 Ports of Stockholm, one of the top five container terminals in Sweden, wanted an upgraded fleet, a better work environment for drivers, and improved fuel consumption. They got all that – and more.
Continue reading > 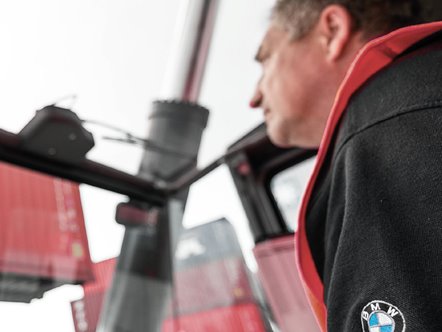 Type of solution: Logistics and distribution